Alumnus of the Year 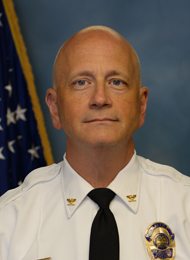 Michael Goodwin is a 1979 graduate of New Philadelphia High School and the Carpentry program at Buckeye Career Center. Under the guidance of Mr. Gasser and Mr. Huebner, Michael learned aspects in the field of carpentry. The Class of 1979 was the first Class to build a Buckeye house, a tradition which continues to this day. After graduation, Michael worked in the construction field, eventually taking a position with an HVAC company working as an installer. In 1983, Michael returned to Buckeye to pursue training in Law Enforcement. After graduating from the Ohio Peace Officer Training Academy, Michael gained experience at the Tuscarawas County Sheriff Department while still working in construction. In 1990, Michael accepted a full time position with the New Philadelphia Police Department. During his career with N.P.P.D. Michael worked as a Patrol Officer for ten years before being promoted to Captain. After a short time as Patrol Captain, Michael was appointed to Detective Captain where he was in charge of the Detective Bureau for twelve years with a focus on crimes against children. In March of 2013, Michael was promoted to Chief of Police. Michael is currently on the advisory board for the Law Enforcement class at Buckeye along with being on the executive board of the Ohio Association of Chiefs of Police. 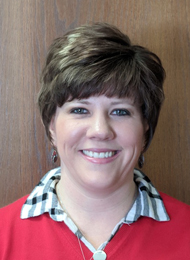 Rachel (Olinger) Miller graduated from Garaway High School and Buckeye Career Center in 2000. While at Buckeye, she was enrolled in the Accounting Program. After graduating, she attended Kent State University, Tuscarawas for a year and a half where she pursued her Accounting Degree. She then transferred to Mount Vernon Nazarene University where she completed her last 3 years and received her Bachelor’s degree in Accounting. While studying at KSU, Tuscarawas, Rachel was employed at Troyer & Associates, Inc. as a clerical assistant. While attending Mount Vernon Nazarene University, she was employed by various employers and continued working while maintaining a full college credit schedule. Upon graduation in 2005, Troyer & Associates, Inc. rehired Rachel as a Staff Accountant. She remained there until December of 2017. In January of 2018, Rachel began her own Bookkeeping business.

Currently, Rachel assists 16 clients on a regular basis and also works part-time at Baltic State Bank in bookkeeping. Rachel resides in Baltic with her daughters Paige, age 6, and Leigha, age 4. Along with her busy career and family, Rachel volunteers her time as her daughters’ Daisy Girl Scout Leader.